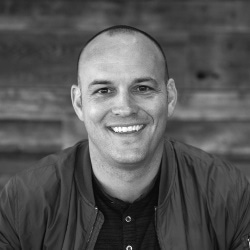 As a pastor with a lot of tattoos, I often get questions about them. And one of those questions is, “What does the Bible say about tattoos?”

Well, the truth is … nothing.

That is, the Bible says nothing about tattoos in the way we understand and think of a tattoo.

Yes, the word “tattoo” was used to translate ancient Hebrew into a modern language, but it is far from an exact meaning in the ancient near east religious practices.

A verse that’s often quoted about tattoos is Leviticus 19|28: “‘Do not cut your bodies for the dead or put tattoo marks on yourselves. I am the Lord.”

I like the way Joe Thorn (from Tattoos and Christians — Doctrine and Devotion) explains this verse, as the single prohibition in Scripture against tattoos. He says,

“This prohibition falls in with several others given to Israel to separate them from the Canaanite pagan practices…God calls Israel, as His nation, to look different from the pagans around them, and many of these commands had more to do with associated pagan beliefs than the actual practices in and of themselves, like cutting the sides of the beard (:27).”

Those other commands we commonly ignore and understand them to be cultural and of that time, not for ours.

Did Jesus have a tattoo?

Jesus has a thigh tattoo … if we take Revelation 19|16 literally.

“On his robe and on his thigh he has this name written: KING OF KING AND LORD OF LORDS.”

And God has either tattooed or branded our names in his hand…if Isaiah 49|16 is taken literally.

“See, I have engraved you on the palms of my hands; your walls are ever before me.”

But in both cases, that doesn’t seem appropriate for understanding the text or literary purpose. Metaphorical and figurative seem more appropriate, as a way of emphasizing or explaining God’s love and commitment to us (Is 49:16).

And quite a leap to assume the name written in an apocalyptic and prophetic vision of the future (Rev 19:16) would be anything other than Jesus’ title written on his clothing, not a tattoo.

Are tattoos a sin?

No. Getting a tattoo wouldn’t be a sin, unless someone feels that it would be a sin and purposely does it anyway.

Jesus’ brother explains that sin is more simple in its definition. “If anyone, then, knows the good they ought to do and doesn’t do it, it is sin for them” (James 4:17). But that seems unlikely.

However, someone could feel that after coming to know Jesus, some or all of their tattoos are sinful. If that’s the case, I would encourage the person to see their baptism as 2 Corinthians 5|17 tells us:

“Therefore, if anyone is in Christ, the new creation has come: The old has gone, the new is here!” 2 Corinthians 5|17

Now that they are “in Christ” those past sins (and any permanent tattoos they feel are sinful) are forgiven. This is a far less painful solution than having the tattoos removed—an expensive and incredibly painful process.

Should Christians have tattoos?

Should they? Probably not.

Tattoos hurt really bad and cost a lot of money.

I have tattoos. They all have meaning to me, but they aren’t a necessary part of my life. They do tell a story, they do open doors to conversations with people about my faith.

But … I could always do that without them.

We’ll see you at the next service. In the meantime, check out our events page for upcoming events at your location.

You can also view more videos about topics like these in our video library.

Complete Guide to How to Study the Bible

What Does the Bible Say About Anxiety?

What Does the Bible Say About Suicide?