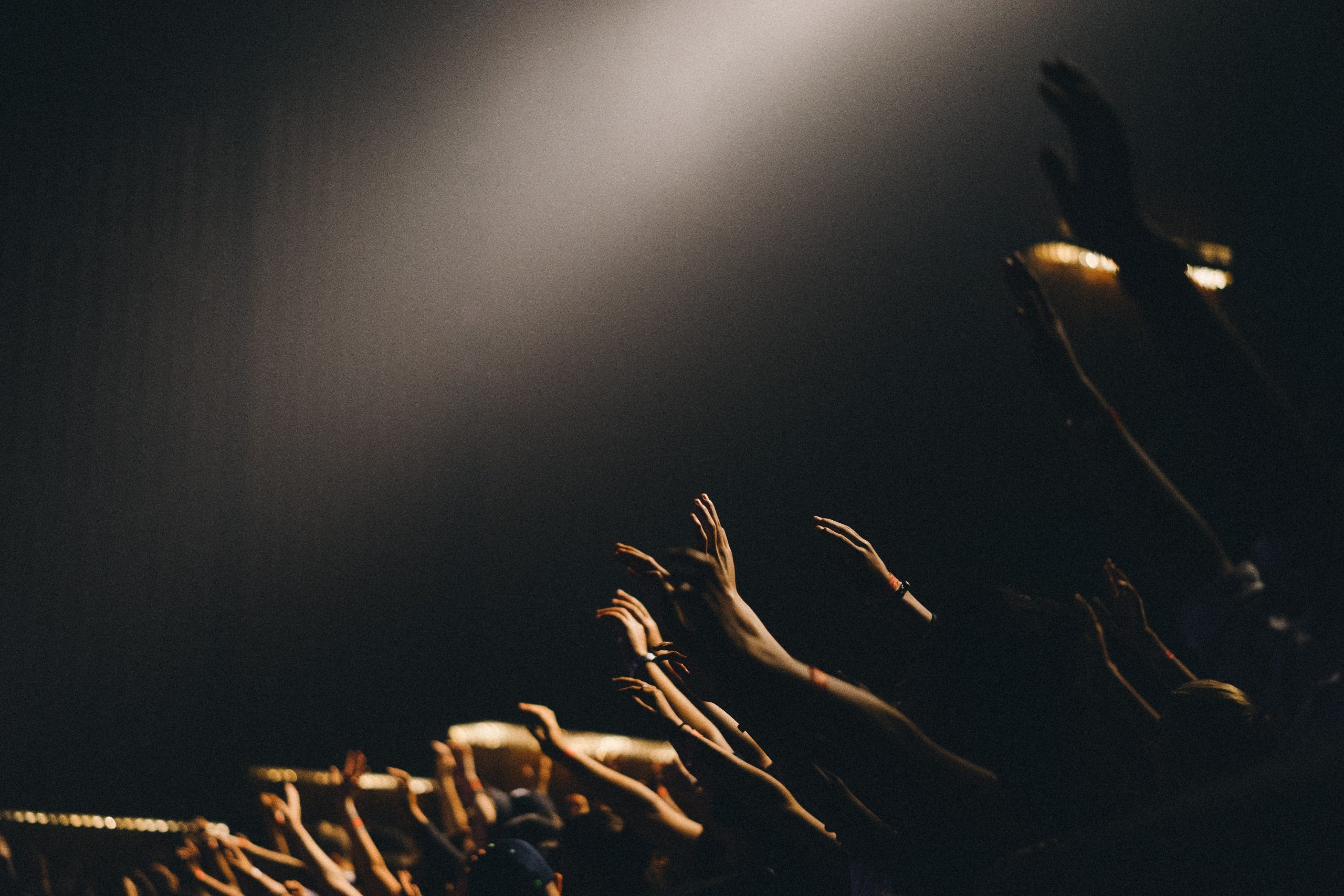 What Does the Bible Say About Suicide?

In our world today, it is highly unlikely you will find someone whose life has not been touched by suicide. If not directly through family, either indirectly through a friend or coworker. But what does the Bible say about suicide?

Suicide is a horrible tragedy.

While the term suicide itself is not written in the Bible, ending one’s life is mentioned numerous times.

Can a Christian who has ended their life still be saved and go to Heaven?

Help for those with thoughts of suicide

To answer that, let’s look at how salvation is achieved. It’s not through our behavior, either good or bad. Really good people don’t get an automatic ticket to Heaven and people who struggle with sin do not automatically get a ticket to hell.

Romans 10|9 gives us the most basic look at how salvation works: “If you declare with your mouth, ‘Jesus is Lord,’ and believe in your heart that God raised him from the dead, you will be saved.”

So, the question of salvation for anyone who dies by suicide is: Did that person authentically believe Jesus Christ was the son of God?

The Bible says: “God saved you by his grace when you believed. And you can’t take credit for this; it is a gift from God. Salvation is not a reward for the good things we have done, so none of us can boast about it” (Ephesians 2|8-9 NLT).

So if a person has genuine faith, we cannot say that an act caused by severe depression negates that saving faith.

Still, God does NOT intend on us taking our own lives. He has a plan for each of us. In the Bible, King David told God, “My future is in your hands” (Psalm 31|15 NLT).

God is continually asking us to trust him with our lives and our future. “Trust in the Lord with all your heart; do not depend on your own understanding. Seek his will in all you do, and he will show you which path to take” (Proverbs 3|5-6 NLT).

When it feels like you have no hope, look to God. Put your faith in him and ask for strength and guidance.

In the Bible, six examples of suicide were selfish acts committed by men who were not seeking to live for God. One example of suicide can be viewed as military bravery by a man calling out to God for help.

Abimelech did not want his death credited to the woman who had mortally wounded him, so he cried out to his armor-bearer to draw his sword and kill him.

The death of Samson was noble. While he did kill himself in the process of destroying the Philistine temple and Philistines, he prayed to God for strength, and his death was sacrificial.

When the Philistines attacked Israel and killed Saul’s three sons and his troops, he asked his armor-bearer to draw his sword and kill him. His servant was afraid to do this, so Saul took his own sword and fell on it. Upon seeing this, Saul’s armor-bearer took his life as well.

After learning that Absalom did not take his advice and rejected him, Ahithophel went home and hung himself.

After seeing that Omri took his city and did not want to surrender, Zimiri went to the royal palace, set it on fire, and let himself die in flames.

After betraying Jesus, the guilt and burden were too much for Judas, and he hung himself with remorse.

Instead of repenting and seeking forgiveness, Jesus’ disciple Judas allowed the significant burden of sin to lead him to this terrible end (Matthew 27|3-4).

The History of Suicide

Suicide is not a new concept.

We can trace acts of suicide back to over 3,000 years ago. Many Greeks and Romans believed that taking their own life could be viewed as honorable in earlier times.

Some may have held this false belief due to Socrates and other public figures ending their lives and claiming it was for noble reasons.

However, in ancient Greece, Rome, and Egypt, suicide was considered impermissible and sinful. The philosopher Aristotle helped people see that suicide was a loss to society, while Augustine (354-430) preached that self-murder goes against God.

Fast forward to the 19th century, and you can see how scientists and medical doctors have learned that suicide is often a symptom of depression and other mental illnesses.

God’s gift to us is life.

It may feel difficult to know which road to take and which decision to make, but by reading the Bible and praying, God will speak to you and his Holy Spirit will guide you.

We know that God wants us to live for him. The Bible says that our bodies are a temple of the Holy Spirit (1 Corinthians 6|19-20), and to honor God with your body.

God’s plan for us is to live and make an effort to seek his will. The only things we should be putting to death are our own anger, stubbornness, pride, and self-seeking behavior, and then we can be transformed into Jesus’ own image.

With regards to our faith, “The one who endures to the end will be saved” (Matthew 24|13).

It is clear that God wants us to live our lives fully and on his terms. He does not want us to do harm to others, or ourselves. “You shall not murder, and anyone who murders will be subject to judgment” (Matthew 5|21).

During judgment, nonbelievers will be exiled from God’s presence, while believers will receive forgiveness, grace, and salvation.

Can a Christian go to Heaven if They End Their Life?

Only God knows what is in a person’s heart (Psalm 139|1-2) and what their intentions are.

No one else can feel the pain or suffering that another is going through, to the extent God can. Therefore, we cannot say if someone’s thoughts on suicide are selfish or due to a mental illness.

It may be argued that if someone is not in their right state of mind, they can still be a believer and sin. We are all imperfect, we all have sin.

We don’t “earn” our way to Heaven by not sinning. It’s through faith in Jesus that we are saved. It is by believing that Jesus died on the cross for our sins. This is why “Everyone who calls on the name of the Lord will be saved” (Romans 10|13).

In Scripture, there are multiple accounts of people feeling despair and depression.

Soloman hated life. Elijah was depressed and pleaded for death. Jonah was so angry at God he also wanted to die. Even the apostle Paul felt more pressure than he felt he could endure.

Yet, even on their darkest days, none of these men ended their lives. Instead, they cried out to God.

In the Bible, God continuously reminds us that we can turn our lives around, with his help.

If we reach out to him he will be there for us. He will strengthen us, enlighten us, and offer us a life filled with purpose and meaning.

If you or someone you know are having thoughts of suicide, reach out to a parent, sibling, teacher, counselor, pastor, significant other, or friend.

“Submit yourselves therefore to God. Resist the devil, and he will flee from you” (James 4|7).

“The Lord is near to the brokenhearted and saves the crushed in spirit. Many are the afflictions of the righteous, but the Lord delivers him out of them all” (Psalm 34|18-19).

“So do not fear, for I am with you; do not be dismayed, for I am your God. I will strengthen you and help you; I will uphold you with my righteous right hand” (Isaiah 41|10).

Help for those with thoughts of suicide

Take Your Next Steps and Join 2|42 Community Church

We are a diverse and friendly community that encourages faith and generosity.

Learn more about our church and beliefs and find a location near you for our weekend services.

Our church loves helping families take next steps with God.

Our services for Kids and Students help young people learn about God and grow in a relationship with him. They also have lots of fun in a community with other believers.

Check out some of our message series videos and attend some of our fun, educational, and uplifting events.

Photo by Edwin Andrade on Unsplash

Complete Guide to How to Study the Bible